I have been living in Southern California for almost 20 years and knows the drill when the wind picks up. 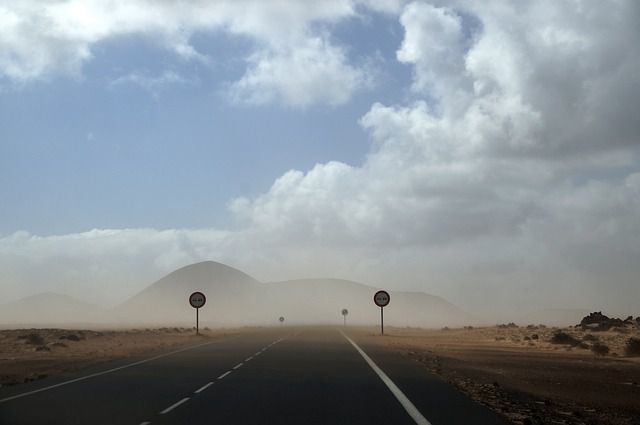 The air becomes extremely dry, causing my nose to run, and skin to start itching.

As the wind gathers strength, our bamboo plants and trees start to rustle strongly and flower pots often fall to the sides.

National Weather Service defines the Santa Ana Winds, as “in Southern California, a weather condition in which strong, hot, dust-bearing winds descend to the Pacific Coast around Los Angeles from inland desert regions.”

The Santa Ana winds usually comes around in the fall but can happen all year around. With years of drought causing dry vegetation, the wind brings low humidity and gust as high as 96 miles per hour this time around. It fanned the Silverado Fire that has burned over 13,000 acres with 40% contained as of this writing. Luckily, no property was damaged in Irvine but two brave firefighters were severely injured. 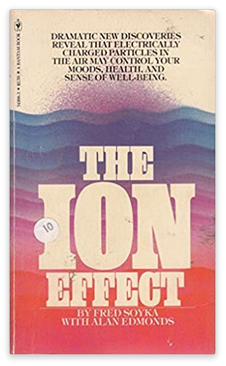 Less commonly known about this “Witches’ Wind” is the tremendous amount of positive ions that are created due to the changes in atmospheric pressure that resulted in the wind. According to the classic book, “The Ion Effect” by Fred Soyka, electricity is generated when air from upper atmosphere falls and create friction with air on the surface. Negative ions will attach themselves to sands and dusts and lose their charge leaving only positive ions that cannot discharge its electricity to the earth due to lack of moisture as the wind travels through mountain passes and heats up. The resulting build up of positive ions, or electrical disturbances can often be felt hours or days before the wind arrives. Mental and physical anguish and even traffic accidents are known to rise by more than 50% in Europe and Middle East where similar “Witches’ Wind” occurs.

When I see in the weather forecast that the wind is coming, I would make sure the moisture in the house is sufficient by using a humidifier. During days of the windy conditions, I would keep windows close to avoid dusts from flying in. I am also more vigilant about my state of being to avoid being affected by excessive amount of positive ions which is known to cause irritability, anxiety, and even depression. Negative ion clothing that I always wear will help counter the damaging effects of positive ions so that I can get through the few days of howling winds unscathed.

By the way, Neoron fiber that is woven into the negative ion clothing is actually a good fire prevention material because it doesn’t burn easily. It’s comforting to have this fiber on me knowing that wildfire is becoming a common occurrence in California. This material would be great for firemen to wear as an inner layer under their fire protection gears.

Posted in Ions in the News and tagged negative ions, santa ana wind, the ion effect